Duodenal switch is a surgery with two components that results in greater weight loss than other surgeries.

Duodenal switch is a surgery with two components. First, a smaller, tubular stomach pouch is created by removing a portion of the stomach, similar to the sleeve gastrectomy. Next, a large portion of the small intestine is bypassed.

The bypassed small intestine, which carries the bile and pancreatic enzymes that are necessary for the breakdown and absorption of protein and fat, is reconnected to the last portion of the small intestine so that they can eventually mix with the food stream. The procedure reduces the amount of food that is consumed; however, over time this effect lessens and patients are able to eventually consume near “normal” amounts of food. Unlike the other procedures, there is a significant amount of small bowel that is bypassed by the food stream.

Additionally, the food does not mix with the bile and pancreatic enzymes until very far down the small intestine. This results in a significant decrease in the absorption of calories and nutrients (particularly protein and fat) as well as nutrients and vitamins dependent on fat for absorption (fat soluble vitamins and nutrients).

Lastly, similar to the gastric bypass and sleeve gastrectomy, this surgery affects guts hormones in a manner that impacts hunger and satiety as well as blood sugar control. Therefore, it is considered to be the most effective surgery for the treatment of diabetes.

Compliance with follow-up visits and care and strict adherence to dietary and vitamin supplementation guidelines are critical to avoiding serious complications from protein and certain vitamin deficiencies. 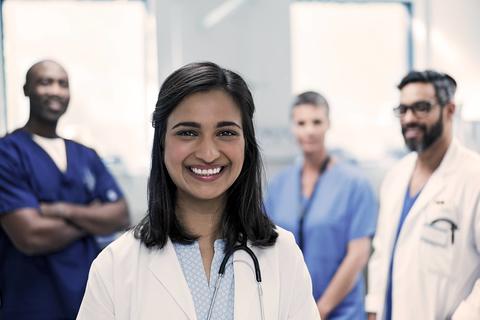 Our bariatric surgeons are experts in a variety of weight loss surgery techniques.

Am I a Candidate for Duodenal Switch Surgery?

Once you and your physician have decided on weight loss surgery, the next step is to choose the best procedure for your obesity. This is an individual decision based on many factors.

If you have a body mass index (BMI) greater than 40, you may be a candidate for the duodenal switch. Others with lower BMIs, but with obesity-related illnesses such as diabetes, may be candidates for this procedure.

Duodenal switch also may be effective for people with very high BMIs of greater than 55. A study found that the duodenal switch produced more weight loss than the Roux-en-Y gastric bypass in patients with a BMI of at least 50.

Keep in mind that this complex surgery does have more complications and may not be the right choice for certain high risk individuals, including those with heart failure and sleep apnea. Your doctor will help you decide if duodenal switch is right for you.

What To Expect - Duodenal Switch Surgery

Once you have made the decision together with your surgeon and your family members, the preoperative evaluations begin. They include:

Some lifestyle changes that need to start before surgery include:

The duodenal switch operation is lengthy, often lasting three to four hours. Most people require about three to four weeks of recovery after surgery.

Part of the recovery process involves getting re-accustomed to eating solid foods. People who undergo the duodenal switch can consume only fluids immediately following surgery. From there, they will progress to pureed foods and ultimately solids.

Most weight loss occurs during the first 12 to 18 months after surgery. Based on patient averages, patients can expect to lose about 70 percent of their current weight and about 35 percent of their BMI.

The procedure may result in more nutritional deficiencies than other weight loss surgeries because of the malabsorption it causes. As a result, patients need to take nutritional supplements daily, including vitamin A, vitamin D and calcium, for the rest of their lives. Some doctors may also recommend additional supplements of potassium and iron. Lifelong nutritional follow-up is needed after duodenal switch.

Compliance with nutrition guidelines is critical, because failure to comply can lead to malnutrition and significantly unpleasant bowel changes.

Take control of your obesity and your life! Learn more about your weight loss options with our doctors at one of our free informational seminars.