If you or your children have been diagnosed with medical problems related to the ear, nose and/or throat (ENT), our skilled physicians are here to provide the highest level of care in a compassionate, friendly environment.

From basic care to the most advanced needs, CAMC’s providers focus on a full range of ENT services.

Our Approach to Ear, Nose and/or Throat Care

Otolaryngology is a medical specialty which is focused on the ears, nose, and throat. It is also called otolaryngology - head and neck surgery because specialists are trained in both medicine and surgery.

An otolaryngologist is often called an ear, nose, and throat doctor, or an ENT for short. Otolaryngologists differ from many physicians in that they are qualified to perform many types of surgery on the delicate and complex tissues of the head and neck.

We specialize in diagnosing and treating a wide array of conditions related to the ears, nose and throat, including:

Deviated septum: An abnormal configuration of the cartilage that makes up the nasal septum, which can cause problems with proper breathing and/or nasal discharge.

Foreign bodies in the ear, nose or airway

Sinusitis: Infection of the sinuses near the nose, often caused by illness or allergies

Stridor: A high-pitched sound that is usually heard best when a child breathes in and is caused by an obstruction/narrowing on the upper airway.

Obstructive sleep apnea: Occurs when a child stops breathing during periods of sleep, usually because of a blockage in the airway; could be caused by enlarged tonsils and adenoids or inflamed and infected glands.

Pharyngitis and tonsillitis: Infections in the throat that cause inflammation caused by viruses, bacteria, fungal infections, parasitic infections and/or cigarette smoke.

Perforated eardrum: Tears or holes in the thin membrane of the eardrum usually caused by an injury or infection; small holes often heal on their own, but larger tears may require surgery to repair. 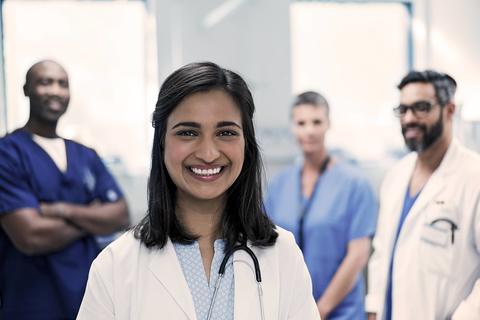 Our pediatric and adult ENT specialists treat basic and the most advanced conditions and disorders.